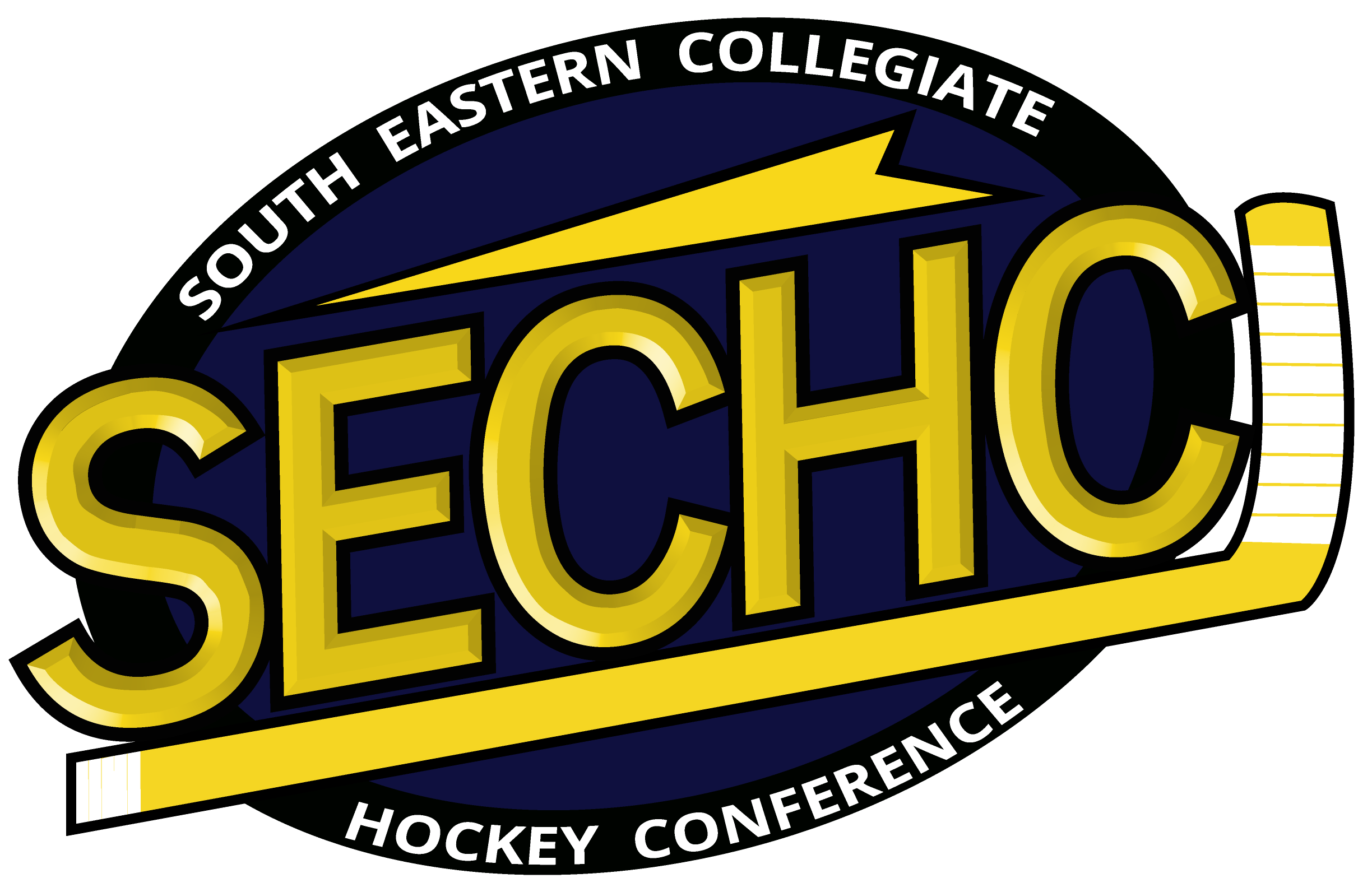 The South Eastern Collegiate Hockey Conference (SECHC) is in its 13th season in 2020-21. Previously divided into East and West Divisions, beginning in the 2015-16 season, SECHC teams compete in one division. Following expansion to begin the 2019-20 season, the SECHC now has three divisions: East, West, and South.

The representative body of 17 teams participates in Division II of the Collegiate Hockey Federation (CHF).

In the inaugural year of 2008-2009, eight teams participated in the SECHC Playoffs, hosted by the University of Alabama in Pelham, AL. The teams were seeded by their final rankings within the South region, and by their record within the SECHC. Tennessee and Georgia met in the first championship game, with Tennessee, coached by Steve Durrigan taking home the inaugural SECHC Playoffs Championship. The original members of the SECHC reached out to former longtime assistant coach and business manager (10-years) of Georgia Tech Hockey, Kenny “Sarge” Day to serve as the first SECHC commissioner. Commissioner Day was unanimously re-elected three years later and served as Commissioner for 8-seasons. Former Tennessee Head Coach Steve Durrigan served as SECHC commissioner during the 2016-17 season and current commissioner Justin Bradford has served as the SECHC leader since the 2017-18 season. Commissioner Bradford is the Host/Editor-in-Chief of Penalty Box Radio and is the author of “The Making of Smashville.”

As the SECHC continues to expand and grow its fan base, teams are seeking out larger and more exciting venues; conference games and the championship playoffs are becoming sought-after events. The SECHC has hosted its conference championship playoffs in Pelham, AL at the Pelham Ice Complex; Columbus, GA at the Columbus Civic Center; Huntsville, AL at the Benton H. Wilcoxon Municipal Ice Complex and at the Ford Ice Centers at both Antioch, TN, and Bellevue, TN (co-sponsored by the Nashville Predators).